I know how I got sick. I’m up at 3 am, sitting upright trying to drain my snotty nose, frustrated that it winds up in my already snotty throat. I wracked my brain trying (which is never a smart 3 am activity) to figure out how this happened again. For three weekends in a row, I’ve had a cold. There were a few healthy days in between when I thought it was over. But how in the world is it happening again? I wonder. And for some reason, my 3 am brain figures it out. I call to mind a few days ago when I thought twice about the snotty-nosed street boy who shared his cookies with my daughter.

He ran to us when he saw us, expectant and eager after we walked out of the restaurant which was fancy, on some accounts. Fancy enough for the street boys to assume that whoever walked out had enough to give them something. Anything.

I’ve seen this boy before, small framed and friendly-faced. His playful eyes betray his pitiful scowl, his tight pinch on my coat that tells me he’s not going anywhere until I give him something. I ask him his name as he continues walking homeward with us. I’m glad we chose to walk today. I don’t understand most of what he mumbles behind his slurry Nepali and pauses to sniffle. But I do understand the gist.

“I’m hungry, my brother and sister are hungry. My parents are poor. We have no food. Give me money. Help us. We need help.”

It’s always the same. He tells me his parents live in a town much further south from the city streets where I run into him from time to time. I’ve heard it all a dozen times but I still don’t understand any of it. Nor do I understand my place in all of it. Some days I’m more gracious than others. Some days I know a few rupees will send them on their way and I can get about my business. Sometimes I just want to know, so desperately do I want to know who they are, where they live, why they’re here. But they’ll only ever let me in enough to get something out of my hands and into their pockets. Or back to their stash that I watch them carefully hide the leftover pizza I was glad to give them. Pizza does not beget sympathy, I gather.

He doesn’t bother me, this boy sitting next to me on the curb. Charlie and I wait for Cooper to be done in the ATM. The boy and his supposed older brother, who has such a grin he can’t quite hide his boyishness behind his dirt and demure, came back to see me after they saw me sit. The pizza wasn’t enough, I suppose. Today I don’t want to give them money. Sometimes I do, but today I don’t. Today I want them to know they’re not a bother. That they can sit with me as long as they’d like. I pull out the box of cookies Charlie begged me for in the store just moments ago. I pull one out for her and give the rest to the boy, the snotty one. She watches the begging boys take what she’d wanted so badly.

He’s different from his “brother”. Younger, less pushy. Maybe he has been on the streets a shorter amount of time. But he seems content sitting with us and with cookies. That and he’s enamored by my orange-haired, white-skinned daughter. Charlie finishes her cookie and eyes the package in the boy’s hand. She holds out her hand, a silent acknowledgment they’re not hers anymore. And the boy, without hesitating and eager to please this playful wonderchild, surrenders what he was about to bite into. Either he’s kind or not that hungry. A bitter me might dwell on the latter. But today me is just sitting in the moment, with the snotty-nosed boy who spends his days asking for what he needs, wants.

This isn’t new. I encounter it nearly every time I step outside, and sometimes even in my own home. I sit in my furnished apartment, stocked with food and warm blankets, and hear it on the street below, the song of the broken and needy, the loud pleas for someone, anyone to come out and offer up a bit of respite. On different days I respond in different ways. But most of the time I get stuck. Most of the time I do nothing. It’s not because I don’t care, but because I care entirely too much about all the wrong things. Worry and guilt and fear and haste and wonder make a terrible cocktail of poisonous thoughts that leave me paralyzed, unable to move from my comfortable place and meet the human in front of me in their place of need.

The human. The brother. The sister. The image of God.

No matter who they are, where they come from, what they’ve done or haven’t done, they are also these things. And Jesus? Jesus loved the worst of them. The worst of us. He called the murderer chosen, the doubter blessed, the broken faithful, the unhinged remembered. He gave, healed, blessed, and shared in abundance. And he told a story, one that sticks to my insides each time I encounter a person in need — a story about a man in need, a handful of people who didn’t help him, and one person who did:

“A man was going down from Jerusalem to Jericho, and he fell among robbers, who stripped him and beat him and departed, leaving him half dead. Now by chance a priest was going down that road, and when he saw him he passed by on the other side. So likewise a Levite, when he came to the place and saw him, passed by on the other side. But a Samaritan, as he journeyed, came to where he was, and when he saw him, he had compassion. He went to him and bound up his wounds, pouring on oil and wine. Then he set him on his own animal and brought him to an inn and took care of him.” (Luke 10:30-34)

The righteous men in this famous story get a bad rap when they’re compared to the Samaritan, their supposed barbaric neighbor who outdid them in neighborliness. But maybe the Levite and the Pharisee, all brushed up on their Biblical teaching, all dressed in their most prestigious garb with somewhere important to be wrestled with whether or not to cross the street. Much like I wrestle with whether or not to help the poor person in front of me maybe they were weighing all the options. Maybe they crossed to the other side of the road, not out of malice or neglect, but out of uncertainty. Maybe they were on their way to help, teach, care for someone else. Whatever the case their lack of response, regardless of intention, Jesus associated with a lack of compassion.

I know there are books out there about how helping can sometimes hurt. I believe that those books are probably written by well-intentioned, Jesus-loving people who care about the people of need they encounter in their lives. But I haven’t read those books. I haven’t developed an algorithm on why I should or shouldn’t help the people in front of me. But I’ve read the story of the Good Samaritan and I can easily call to mind times when Jesus said things like, “Give to the one who begs from you, and do not refuse the one who would borrow from you” (Matthew 5:42). I remember times when he said to give abundantly and I don’t recall him asking us to think so hard before we do so. He told stories that highlighted those who seemed to have put the least amount of thought into their giving, the ones who gave from an abundance of love in their hearts. The ones who poured out expensive perfume on a dirty rabbi’s feet, the one who gave the last of what she had, trusting the One she was giving to was enough to carry her through the need.

I understand it is a complicated question, “To give or not to give?” I understand there is a broken, evil system beneath the hooded eyes of the boy who is asking me for money. That his past is dark, that his future may be darker. I understand there are people around the world working on his behalf. But he’s right in front of me. And the choice I have is to acknowledge him or walk away. To offer something, or to offer nothing. To offer little, or to offer everything. As I said, different days beget different responses. But I’m willing to wager that Jesus telling the story of the Good Samaritan was less of an attempt to find a one-size-fits-all solution to the problem of begging and more of an attempt to get the teachers of the law to take a good look at their hearts.

And my heart wants to be done dwelling on the do’s and don’ts, the approvals, and the disapprovals. The heart was made to dwell on love and to give love away. And Jesus cared for the least of these like they were royalty. The broken, the poor, the dirty, the suspicious, the dangerous, the cast-off. He loved them all with an abundant kind of love. And he called us to do the same. To offer hope to the hopeless, to offer a kind word and generosity to the boy who might only know abuse, who might only ever see the grim side of life. We’re to bring joy and hope and light into those places.

So I guess some days that means sharing cookies, opening our doors, giving what we have, looking in the eyes, finding and attacking the underlying problem. Whatever the case, whatever the need, love does not move us to the other side of the road. Fear and rules and expectations and hurry and worry do that. Love moves us into the space of the broken to offer wholeness and healing, kindness and freedom. 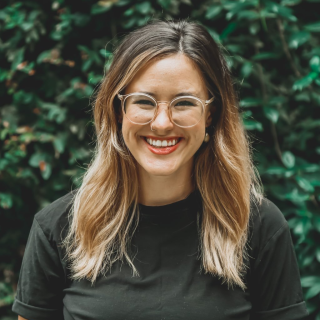